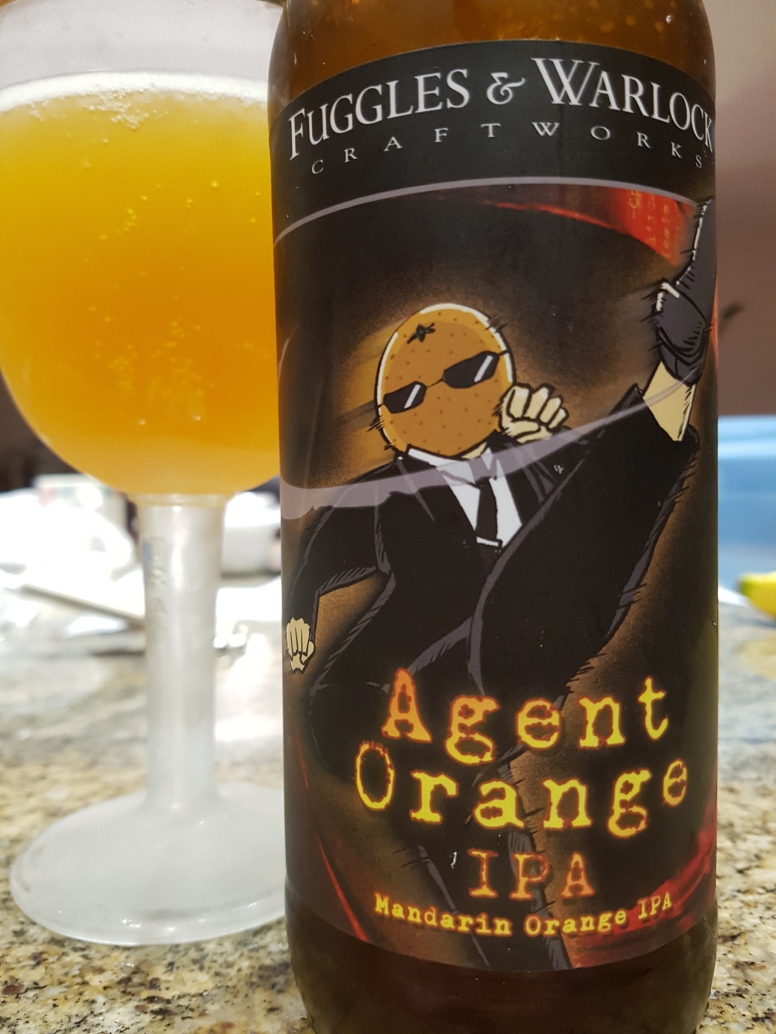 on the front-left label:

Nose: mandarin orange with some tart funk. Has a floral edge. (lvl-5)-pungency

Summary: Totally not what I was expecting, and not in a good way. The sour tart funk comes across as abrasive and unpleasant when combined with the bitter profile which has major orange pith nuances – the rough kind you get when you leave a slice of lime in water for a prolonged period of time. Drinkable, but not very enjoyable. Dull, disjointed, and not much of an IPA while taking the worst parts of a mandarin orange. 4 Mile Brewing’s Mandarin IPA [B+] is much better.