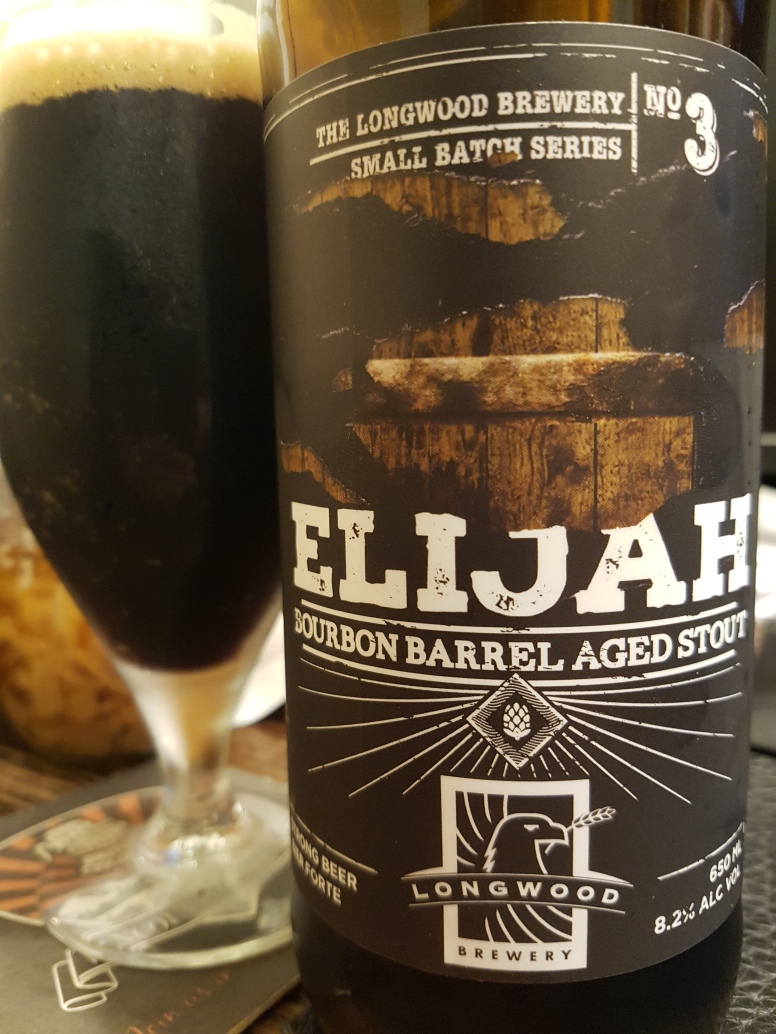 on the front-right label: 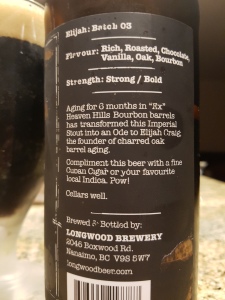 Summary: Totally NOT what I was expecting – Big acidic dark fruity sourness complimented by roasted malt in BA imp stout?? Nonetheless it is decently balanced and still interestingly drinkable. The sourness is a bit harsh for a stout, I would rather more dark caramel roast instead. The more I drink it, the more apparent the sourness becomes offensive – rogue yeast for sure.