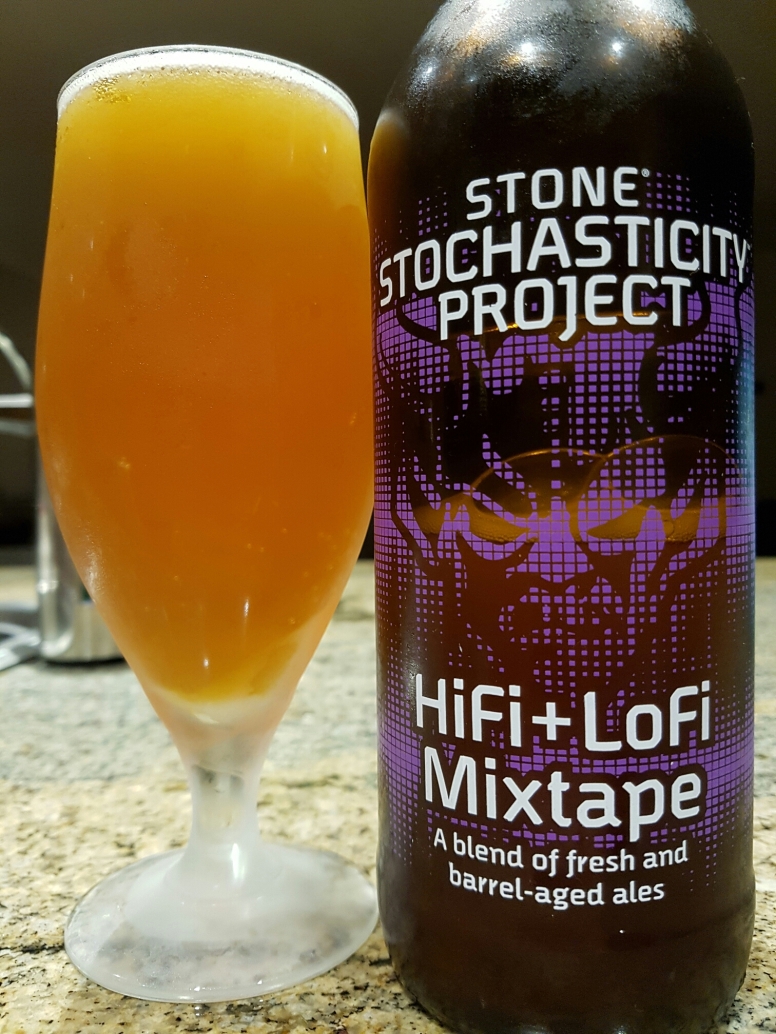 “Fresh and vintage tracks combine for the perfect liquid playlist.

Even before the science of beer was fully understood, those seeking the present the finest iteration of an ale had their ways of ensuring flavors and textures that were a cut above. In Britain, pub owners kept ‘stock ales’ on hand, beers that had been left to mature in vats or oak barrels. During this aging period, the beers would mellow and occasionally develop a twinge of tartness. These publicans were unaware of the oxidative or microbiological reasons for such changes, but found that blending some of their stock ales with  fresh beers-which tended to be overly bitter and smoky-made ideal quaffs for their patrons. For this beer, we have taken a page from this tale of British pub life and blended a stock ale aged more than three months in oak foudres (large wooden fermentation vessels more commonly used by vintners) with a fresh version of that beer to create a perfect harmony spanning end to end on the taste spectrum”

Visual: Pours translucent frosty orange-brown with barley any head, ringed retention with a big island, a mix of fast and slow streams, no surprise actually.

Nose: boozy caramel barley malts, like a barleywine, a touch of sourness. (lvl-4)-intensity

Summary: Very smooth entry, a burst of heavy alcoholic barley malts in the mids that is nicely balanced with some tangy bitter hops and an oaky backdrop. Halfway through though it definitely drinks heavy – a bit too alcoholic and sweet if there’s no salty food to go along with it.