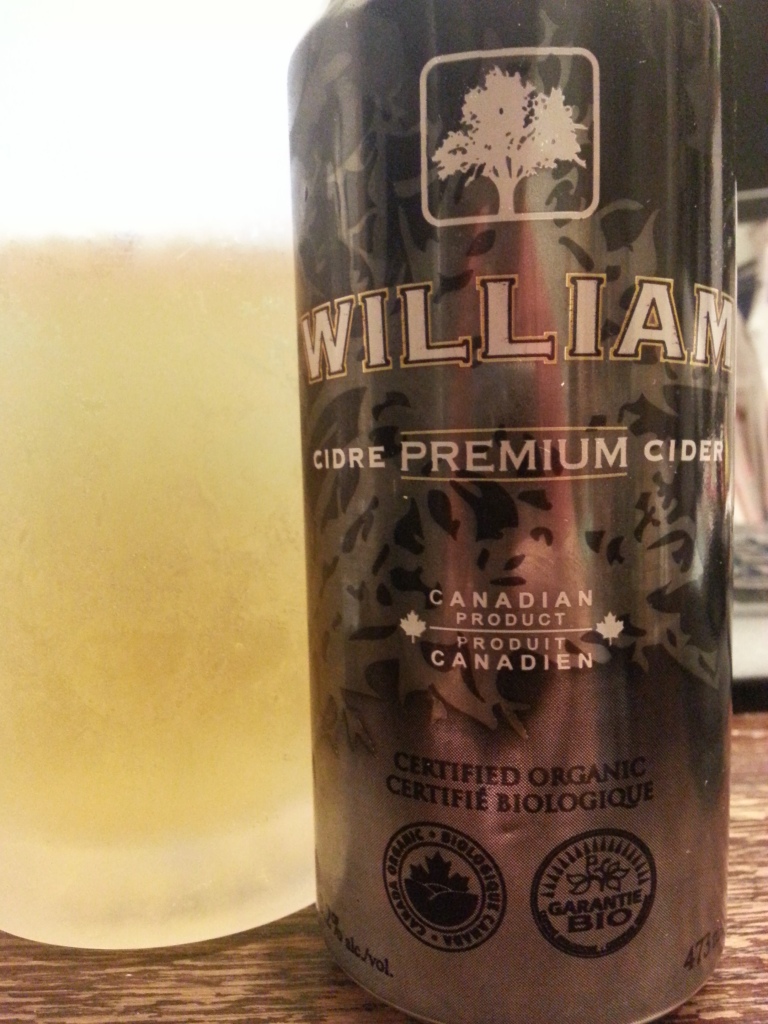 On the back of the can:

“Many years ago, when Canadian orchards first flourished, a producer’s reputation, depended as much on his yield, as on his cider’s unique recipe. A man named William held the key. In balancing the perfect measures of acidity, bitterness and pride, his ancestors had created an exceptional recipe. Folks travelled far and wide, to savour William’s heirloom cider. Or so the legend goes. In preserving William’s memory, we offer you this premium organic cider. Produced right here in Canada, we have respectfully adopted some of the purest traditional fermentation and aging methods of our time. William’s copper colour, crystal clear brilliance and fresh taste are characteristic of thes and would make William proud.”

Summary: Decent structure but lacks carry and depth. It’s good in that it isn’t overly sweet nor cloying. (Note: all numbers above are on a 10-point scale, with 1 being weak and 10 being the strongest)